Boxing is one of the more thoroughly intense and calorie-burning regimens you can go through on a day-to-day basis as you train. However, that’s not the only thing that it’s good for.

Boxing is excellent in terms of self-defense training because it teaches discipline, which is essential when you’re in a stand-up fight. It teaches the fundamentals of stance, defensive and offensive posturing, balance, and hand-eye coordination.

There’s more to it than that, of course, and there are drawbacks to only learning boxing as a fighting style, such as when an attacker gets you on the ground. There’s no argument that it improves your self-defense capabilities along with much more.

Pros and Cons of Boxing

It’s easy to see what the positives of boxing are since it’s a fiercely aerobic sport. If you’ve ever watched a boxing match that went long in rounds, the fighters tend to tie up more often, which is the result of exhaustion more than any sort of technique.

One of the most important aspects of any fight is being able to go the distance and that makes endurance all the more important. The key to self-defense is ending the fight as quickly as possible but that doesn’t always happen and solid endurance is necessary.

So while boxing is one of best styles for self defense, there are some other glaring gaps in the fighting style as a whole.

As a matter of self-defense, the best defense is a great offense, which means that you need to incapacitate the opponent as quickly as possible and end the fight before any other possibilities introduce themselves.

Due to the randomness of a street fight, boxing cannot be the end all be all of your entire fighting styles. But it is still one of the most effective when it comes to self defense. 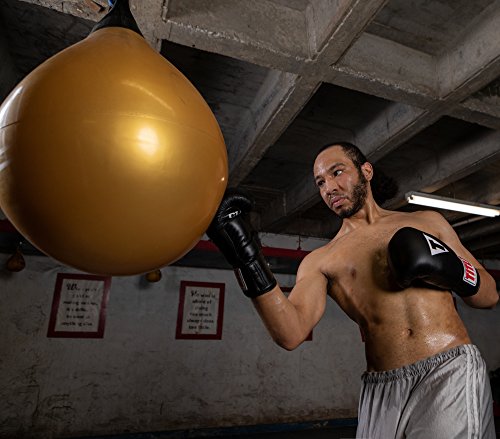 What’s The Best Boxing Style For Self Defense?

In terms of popularity, training regimens, and best-understood techniques, there are four different styles of boxing.

When it comes to self-defense, the slugger is probably the most efficient because, as aforementioned, the best fight is the one that’s ended as quickly as possible.

When it comes to being a swarmer in the ring or in a match, you’re going to need superior stamina and skill. A swarmer is aggressive, closing the gap on the opponent while making good use of head fakes, head dodges, bob-and-weave, and footwork.

A swarmer is an extremely effective puncher who has the ability to consistently and effectively bring the pain. Swarmers have excellent arm strength and are tireless, punching constantly as they respond to attacks.

You want to get under the opponent’s defense quickly and strike fast with precision. This is a very difficult style to maintain as you get older because its constant aggression becomes more and more difficult to sustain for long periods of time.

A crude and barbaric form of boxing, the slugger is primarily the style embraced by larger fighters who look to end the fight in one, explosive punch. It’s not a style that requires you to be quick on your feet.

If you have the size, you can ignore jabs when it comes to body blows, all while positioning your opponent for a single, devastating strike.

The problem with sluggers is that most of them are large and more sluggish, telegraphing their punch from a mile away. If you’re fast and nimble, sluggers will have difficulty shifting their feet and stance to keep up and square with you.

The out-boxer is more of a defensive fighter, not in terms of defending themselves so much as maintaining gap discipline between themselves and their opponents. Long-armed and tall individuals tend to embrace this style.

The out-boxer is quick on their feet and can outdance a slugger in the ring. Jabs and straight punching are the out-boxer’s primary arsenal, which takes some of the power away since they can’t throw hooks and uppercuts from a distance.

The swarmer is dangerous to an out-boxer in the event that they can get inside an out-boxer’s reach.

A boxer-puncher is a combination of the out-boxer and slugger. They’re well-rounded in their technique, comfortable in close or from a distance. They’re speedy on their feet, though perhaps not lightning fast.

The boxer-puncher is a fighter equivalent of the “jack of all trades, master of none.” 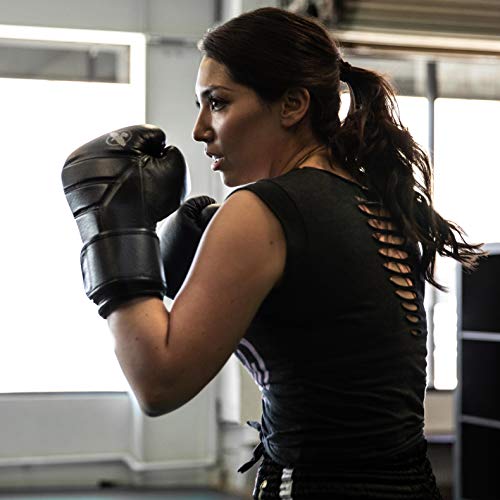 Is Boxing Enough For A Complete Self Defense Style?

Despite all of the physical benefits that come from boxing, it’s not enough on its own to be a complete, self-defense fighting style. It just doesn’t cover enough techniques to help you defend against takedowns, holds, and on-the-ground fighting.

That doesn’t mean you should give it up but it does mean that you should probably add some different disciplines to your boxing techniques.

Mixed martial arts should top your list of fighting disciplines to your skillset, if you want to be as well rounded as you could be when it comes of self defense. Better yet, you can easily incorporate MMA into the boxing skills you already know.

Boxing is a great fighting style and very useful for training your body in a variety of ways. What it does, it does extremely well.

Of course, you can incorporate other fighting styles into your boxing style without compromising anything that you have learned. IF you know how to box and how to engage your opponent on the ground and in holds, your self-defense will be well rounded.