Did you know that BJJ evolved from a martial art originally created for samurai warriors to defend themselves weaponless? It’s a brilliant way to put your opponent down without harming them, and it packs some real benefits.

The benefits of BJJ include teaching you how to defend yourself, improving your problem-solving skills, improving your range of motion, and giving you better endurance and resistance. It’s one of the best sports you can choose for both your mind and body and its injury risk is lower than most similar sports.

Benefit #1: You’ll Learn How to Defend Yourself

Aside from the physical agility and fighting skills, BJJ has a pretty important benefit. It teaches you how to defend yourself against attacks, which you never know when you may need. You may find yourself in a situation where you have to defend yourself, and BJJ can go a long way in protecting you from injuries and helping you take down your attacker.

BJJ helps you bring down your attacker without bringing harm to them or yourself. The martial art depends primarily on groundwork and technique rather than physical power or force. So, you won’t throw around punches and blows to save yourself, but you’ll rather use your skills to bring the attacker down.

BJJ also teaches you how to bring down opponents who are much larger than you. That was the original purpose of the game. That way, you won’t get intimidated by anyone in front of you, and your body will be able to tackle anyone with ease.

You can check out our in-depth article on why BJJ is great for self defense if you want to explore more on this topic.

You have an opponent in front of you who’s around two times larger than yourself. You need to get him down in under two minutes; what will you do?

When you learn BJJ, you’ll know exactly what you need to do. That’s the beauty of the sport; it improves your critical thinking substantially. All you do on that mat is solve problems, one way or another. Be it by tricking your opponent, getting him to submit, or even calculating his next move.

Each move is solving a problem. Over time, your critical thinking and problem-solving skills will improve dramatically.

Plus, as you learn more about BJJ’s techniques, you learn new ways to defeat your opponents. Each time you stand against someone, you find a new way to drop them to the ground and get them to submit in a couple of minutes. If that doesn’t improve critical thinking, I don’t know what does.

Benefit #3: You’ll Have a Better Range of Motion

The difference between people who master BJJ and regular, non-athletic people is substantial. BJJ players are much more flexible than their counterparts, and they have a better range of motion.

To control your opponent’s move and get them to submit, you need to be as agile and flexible as possible. If your range of motion is limited, you won’t be able to escape your opponent.

After months or even weeks of BJJ training, you’ll realize your body is more flexible, and you’re able to move much easier while training. Your muscles won’t burn anymore. 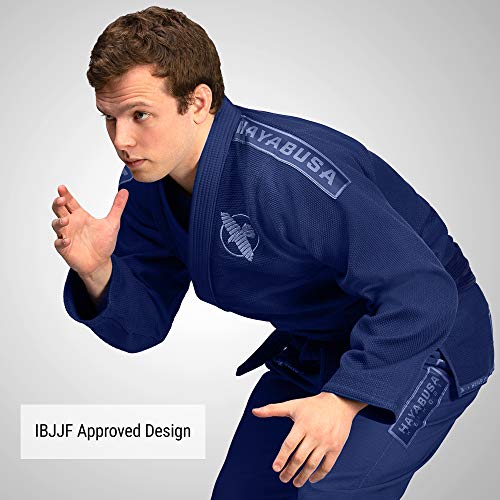 BJJ is called gentle art because it doesn’t include violence. However, that doesn’t mean it’s gentle on your body. On the contrary, it’s a tough sport to learn because it needs both your physical and mental attention.

Learning BJJ, you’ll be developing your body to have better endurance and resistance. Your muscles will grow stronger, and you’ll learn how to use them efficiently and with the least energy possible. This disciplines your body into acting with speed and agility to beat your opponent.

Over time, you won’t feel as tired as you do, and you’ll be able to fight for longer without feeling fatigued.

Benefit #5: Your Mental Health Will Improve

On your road to mastering BJJ, you keep progressing and find new ways to defeat your opponents. It increases your self-confidence and keeps you fulfilled. Plus, it gives you a sense of achievement every time you succeed in doing something or pass a milestone.

Not to mention, BJJ teaches you how to defeat your opponents without using violence. The sport mainly relies on groundwork and agility. The lack of violence gives you a better feeling about what you’re doing.

That benefit isn’t exclusive to BJJ. Generally, any sport will improve your mental health and make you feel better about yourself.

I could go on and on about the benefits of BJJ. The martial art has a bunch of benefits, and you’ll notice most of them shortly after you start training. If you want to discipline your body, improve its endurance, and keep it as flexible as possible, BJJ is the way to do so.