MMA is one of the most well-known combat sports. It appeals to millions of people because it’s considered a real-life combat sport, meaning that it focuses on real fighting techniques that can be used in street fights and similar situations.

If you’re considering MMA or if you’re already a beginner MMA fighter, you’re probably having a hard time setting up an exercise routine.

Most beginners tend to combine cardio routines with their MMA training. However, a lot of them are left wondering whether or not they should be lifting weights.

Do MMA fighters lift weights? Is lifting weights beneficial to MMA fighters? We address all your concerns in this post, so stick around.

The short answer is yes, they do. As a combat sport, MMA is all about being a strong and highly flexible fighter, and weightlifting helps you achieve the strength part of the equation. It has to be implemented properly however, so that it doesn’t bulk you up and compromise your flexibility.

Is Weightlifting Helpful in MMA Training?

As an MMA fighter, your goal is to develop strength and endurance while maintaining flexibility. Most MMA fighters use calisthenics to maintain a rugged and fit body, whereas others include weightlifting for the same purpose.

Light weightlifting can be a helpful part of your MMA training routine to achieve the endurance part. Heavy weightlifting and its intense eating regimen, on the other hand, aren’t advised, as it’ll make you bulky and reduce your flexibility.

There isn’t a specific weightlifting program that MMA fighters have to follow. It all boils down to the intensity of the exercises the fighter is using to strengthen their muscles.

When trying to set up a weightlifting exercise routine for your MMA training, you need to focus mainly on strength and stability.

As an MMA fighter, lightweight and compound movement exercises are your best bet. This includes exercises like overhead presses, weighted pull-ups, quick lifts, bench presses, and squats. It’s always best to use a mixture of different training exercises to reach your goal.

Why Heavy Weightlifting Isn’t Opted for in MMA Training?

Heavy weightlifting and bulkiness have always been the boogeymen in the world of MMA. The reason is that MMA is a weight-based sport. Each fighter is aiming at a certain weight group to compete in. Bulking your muscles is going to take you to a different weight group.

On top of that, bigger muscles need more oxygen to function well. If muscles don’t get enough oxygen, you’ll get painful cramps, and you can’t have that as an MMA fighter. This is why most bodybuilders gasp for air after doing heavy deadlifts and power lifts.

What’s more, the more muscle mass you put on, the slower you’ll get. This, in turn, makes you an easy prey for your opponents.

You should also note that each fighter has their own style and techniques that took a long time to develop. Gaining some extra weight can, in some cases, prevent fighters from using certain styles and techniques, forcing them to adapt to new ones.

Not to mention having to plan entirely new strategies for the new opponents of the new weight division.

Injuries are common with weightlifting, and they can be detrimental to an MMA fighter’s career.

Some of the most common injuries associated with weightlifting include: 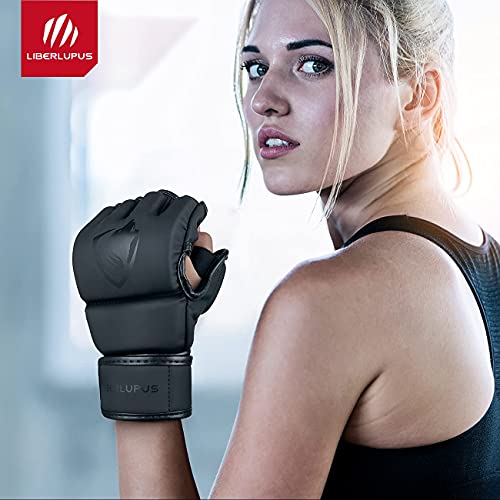 Alternatives to Weighlifting for MMA Fighters

Powerlifting and bodybuilding might not be a fighter’s favorite cup of tea, but a well-thought-out routine of Olympic lifting is going to give you all the goodies of the weightlifting world.

Both MMA and Olympic lifting share the same aims, after all, focusing largely on flexibility and endurance. Olympic lifting can be a good addition to your calisthenics routine.

Other Types of Exercises to Consider

Some MMA fighters include swimming in their exercise routine. Some swimming exercises are, in fact, excellent full-body workouts.

Most swimming techniques utilize most, if not all, body muscles. This boosts fat burning greatly, especially alongside calisthenics.

Do MMA fighters lift weights? The answer is yes, they do.

Weightlifting can be a part of your exercise routine as an MMA fighter. It can be helpful if you’re looking for a way to increase muscle strength and endurance.

You should, however, avoid lifting heavy, as it’ll bulk you up, take away from your flexibility, and force you into a whole new weight division.

If you’re not fond of weightlifting, you can try Olympic lifting. It focuses mainly on endurance and flexibility, which is why it can be quite beneficial for an MMA fighter.